GREED
(Medical thriller )
Author - jivan
This fiction is  creation of my imagination . It has nothing to do with real world. jivan
Log line .
A greedy pharmaceutical company chairman Mr. Cherstopher Lee take revenge on world resulted  in millions  of death and destruction of world economy .
Short synopsis .
A new korona pharmaceutical company in wahuan, china. while the whole world slept virologists at the pharmaceutical company developed deadly corona virus . their target ? the whole world!
they choose India to spread corona-virus world wide . how they execute thier diabolic plan and its devastating consequence across the world is the story.
Synopsis .
Korona pharmaceutical company chairman Mr.Christopher Lee was a greedy man. he could not sell his medicines in U.S and Europe becose of substandard product as per U.S and European standard. their medicines were banned once for all.
he plan to make new corona virus in his lab with the help of chief virologist Dr.Xiang Lei and his assistant virologist Dr.Zhang Wei . they make new corona virus and introduced it in india so that it  can be spread alll over the world.
India's chief virologists Mr.Devgan from medical council of india found that then new corona-virus was man made in lab. his investigation let to china.
when Indian government reported to Chinese government officials they denied any knowledge about new corona virus nor they agreed to cooperate with  us to investigate the case.
Indian ambassador at U.N presented our case in the Assembly. U.N members backed our claim unanimously. U.N members insisted that they send U.N investigators to china to find out the truth .
how they find out origin of corona-virus and judgment by international court and carried out sentence by Chinese government is the story is all about .
x     x   x   x
Last chapter.
After studying footage of U.N investigator's report by panel of judges at international court in hauge, video conference was arranged with government official in china.
judges at the international court after studying the case discussed about it . each Judges had something to say about the case.
" His act is nothing but bio terrorism"
" It is crime against humanity"
" More than half a billion population is effete by his act"
" More than one million people died of corona virus"
" trillions of dollars worth business lost "
"Some of them are starved to death"
" World economy is destroyed "
After listening their argument chief justice wrote his judgment.
xxxxx
High security prison, cetral china.
Chairmen Mr.Christopher Lee and two of his virologists were brought to prison hall. There were few Chinese officials and their supreme court judge were seated at the end of hall. Their eyes were glued to a huge display screen. On display screen few words are visible.
JUDGEMENT DAY
FINAL VERDICT ON CORONA VIRUS CASE.
Video clips started appearing on the screen .shots form all over the world.
Children at the ICU and dead bodies of children
Old people dying on streets
Snap shots of closed schools,offices, factories
Stranded flight, ships, trains and buses
Deserted city streets from around the world.
Dead bodies are dumped into mass grave.
After few minutes chief justice of international court appeared on screen. he read out investigators report.
Here is my final verdict on cornavirus case....
"Chairman Mr.Christopher Lee, considering the fact that your act comes under bio terrorism and it is crime against humanity. you three people are responsible for making corona virus. corona virus effected more than half a billion population and resulted in death of more than one million people all over the world. billions of people lost their  livelihood . trillions of dollars worth business lost and world economy collapsed" i hereby pronounce that chairman of Korona pharmaceutical company Christopher Lee , his chief virologist Dr.Xiang Lei  and his assitant virologist Dr.Zhang Wei will serve rest of their life in prison without parole"
screen went blank
xxxxx
After U.N investigators left china chairman and two of the virologists were taken to an undisclosed place. it was a huge dilapidated building. they were asked to stand against the wall at eqal distance.
Commendar of of army men entered into the hall. he asked each one of them about their last wish.
Commending officer " Mr.Christopher Lee " what is you last wish?"
Chairman Mr. Christopher Lee "No last wish, i am extremely sorry for the deed i have done."
Commending officer move to chief virologist Dr.Xiang Lei " what is your last wish?''
Dr.Xiang Lei " I want to meet my family for the last time and ask for forgiveness"
Commending officer moved to assistant virologist Dr.Zhang Wei " what is your last wish?''
Zhang wei  was  a young man around thirty years old . in trembling voice he requested
" I just want to hug my little daughter for one last time ". tears started rolling down on his cheeks.
Commanding office took few steps back.
commending officer  " All your wishes are denied .our goverment will take care of your family needs"
Three army men in uniform entered into the hall with heigh power sniper rifle and stood at fifty feet away from culprits.
commending officer started counting....
"ONE........" Gun were raised to the position.
"TWO......." All three army men aimed for their target.
"THREE...... BOOOOOOOOOM.
All the three army men fired guns simultaneously. bullets went right thorugh their heads and hit the wall. All three of them collapsed onto the floor.
xxxxx
Chinese government took over Korona pharmaceutical company, hospital, property and money.chairman's wife and two of the virologists family now lives under the care of chines goverment.
THE END
All rights reserved. No parts of this publication may be reproduced, stored in a retrieval system, or transmitted, in any form or by any means, electronic, mechanical, photocopying, recording, using electronic media or using story concept/synopsis for writing fiction/making movie/Ott platform/web serial/DVD movie/ T.V serial or for IPTV requires  prior permission of the author.
Author .Jivan
Posted by jivan at 2:11 PM 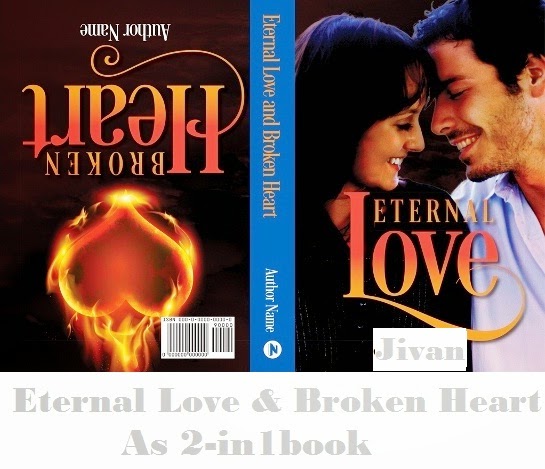 'Universal Love'. The New Religion. "The day people think beyond religion based messenger of God, world would be a better place to live-in"- jivan